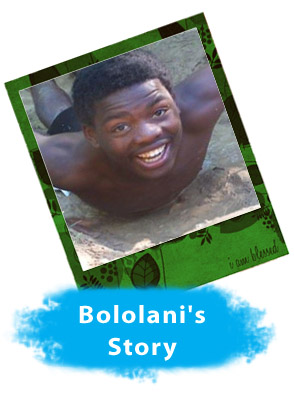 When we first met Bololani he was unable to speak of his experience of being an orphan, as he actually lived on the streets and committed crime to…

Find out more at:

Gogos or grandmothers are the remarkable African women who are the backbone of their families and communities.

These grandmothers care for and support their own grandchildren who have become orphans in the HIV/AIDS pandemic affecting South Africa and provide support to other orphans and vulnerable children who are AIDS orphans living in the township communities.

The “GoGo Trust” began its activities in Kwazakhele Township when Sharron was invited  by the Kwazakhele Health and Welfare Forum to run a support group for widows, caring for HIV positive children and caring for grandchildren who had become AIDS orphans. Sharron first met with these amazing women in April 2002 in a centre in Kwazakhele Township. This group met for bible study, prayer, worship and to share tea and a light meal together. The ladies were always given bread to take home for their families. This group met weekly for 7 years and now meets twice monthly for leadership training. Mtutuzeli Beyi is employed by the GoGo Trust to facilitate and coordinate this meeting and to visit the GoGo’s running their soup cells. Mtutuzeli Beyi is a Xhosa speaking Christian man. He has been empowered and equipped to undertake this role and does so excellently. 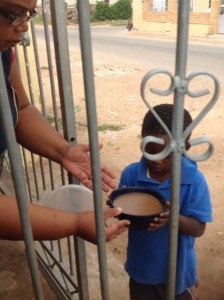 The ” Soup Cells” were formed from this leadership group. GoGo’s attending this group asked to start meetings in their homes which other community members could attend and also receive biblical teaching, support, encouragement and nutritious food to eat. In 2004 the soup cell project began. Initially with four soup cells and currently  we have nine soup cells. Mtutuzeli Beyi facilitates and coordinates these soup cell groups which are run by GoGo’s in their own homes. The soup cells meet at different times on different days in different homes in Kwazakhele and surrounding Township Communities.  Mama Esther says ” we love to get together in our homes to pray and read the word of God and we are glad to be able to feed the people who attend with good nutritious food.” The GoGo’s running these “Soup Cells” like to make soup for the people attending their soup cells and also vulnerable people within their communities. Such as people taking;

and to provide a nutritious meal for children who are coming home from school who are living in vulnerable households.

Mama Margaret says ” we are grateful to have the resources to help widows the sick and orphans in our communities. We can do something to help and I am very glad about this”. 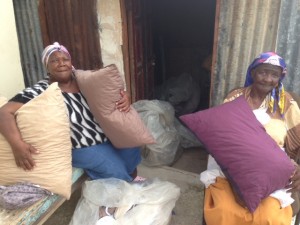 Five of the soup cells have their own sewing projects. The” GoGo Trust” provided materials and sewing machines to start these sewing projects. The mamas make clothing and items of soft furnishings like pillow cases and bedding which they sell to people within their communities. The income generated from these sewing projects sustains the on-going work of the projects and also gives an income to the mamas who make items to be sold.  Mama May says ” we can have some income now which helps us to look after our family. and we like to be together and sew nice things to sell. We are glad we can help ourselves”.